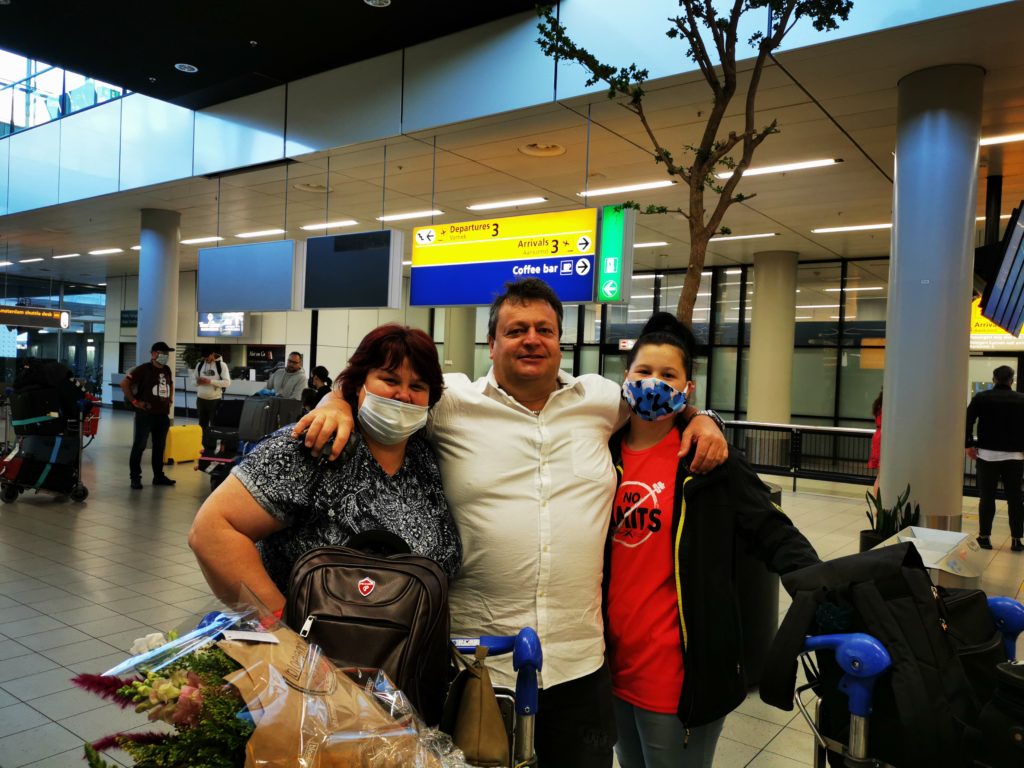 We did it! Last weekend we finally welcomed Ernest’s family in the Netherlands. After the worldwide lockdowns it turned out to be quite a challenge to get this done.

In early February Ernest received a green light to start in the Netherlands. However, some obligations still had to be fulfilled in South Africa. It was therefore decided to have Ernest come to the Netherlands to prepare things here; the family members would follow in early May.

However, due to the consequences of the coronavirus, many measures were taken from mid-March, including a lockdown. This was also the case in South Africa. This disrupted the original plan as an Entry Permit (MVV) was only valid for three months, there were almost no international flights and the Dutch embassy in South Africa was closed. What to do now?

KLM would organize a repatriation flight from South Africa in early May. We managed to contact the Dutch embassy and within a week we arranged all formalities, an extension of the MVV. After more than two months, the family members were able to hug each other again at Schiphol. “Now I can really consider the Netherlands as my new home,” said a happy Ernest. The next steps will focus on things like going back to school for the daughter, registering municipalities, and getting residence permits.

Despite the fact that the processes for internationals are currently running at a lower speed, our question remains: ‘Are you an engineer abroad and interested in working in the Netherlands? And would you like to come with your family? TailorMinds would like to get in touch with you to discuss the possibilities and to go through the steps.