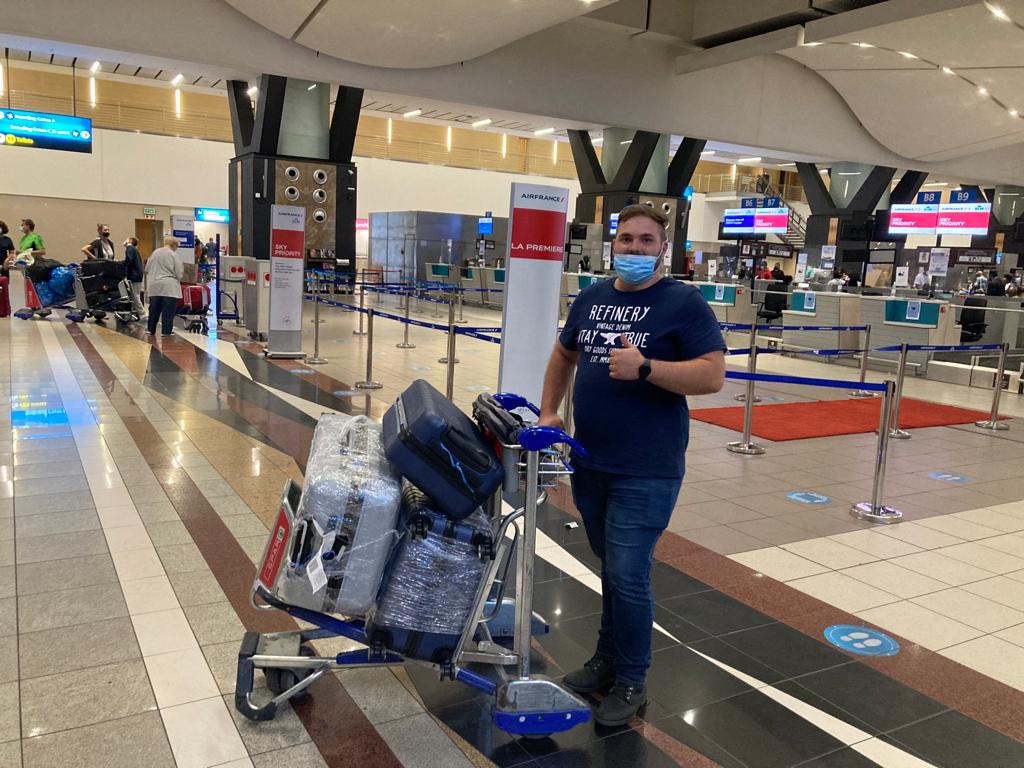 At the end of November we reported the signed agreements with the South African engineer Carl. Meanwhile, Carl has landed and started working with the last formalities being arranged. In other words: welcome Carl!

Process according to plan

Once the agreements were signed with Carl and the client, we could start with the formalities. The visa application for Carl as a highly skilled migrant was submitted. Soon the approval came through so he could pick up his MVV at the Dutch embassy in South Africa. We also helped with, among other things, accommodation, planning his arrival and opening a bank account.

For his girlfriend, we called in the help of our valued partner Elizette Nel of Expat Relocations & Emigration Services. This because there is no registered partnership but they can prove that they have an exclusive and stable relationship. Elizette prepared all the documents so that we could then submit the application.

As always with planning, things always go differently than planned. This was also the case in the process with Carl and his girlfriend. There was a temporary flight ban from South Africa due to the rise of the omikron variant. At the time of the flight ban, this was fairly exciting as it was unclear at the time what would happen. In the meantime, the no-fly zone has been lifted and the procedure was continued.

Of course, the other measures remained applicable. In accordance with the measures, we were able to submit negative test results and comply with a self-quarantine. All signs are now green and Carl has started work.

Carl’s first working hours will start next week and many more will follow. We are looking forward to the continuation of a pleasant cooperation and wish Carl good luck!

Curious about the further details of the support from TailorMinds for both local and international engineers? Or curious about possible emigration trajectories? Feel free to contact us and we will gladly look into the possibilities together.